Hey folks,
Many moons ago, hark back to the summer solstice of 2006, coinciding with the initially released standard pressing of 1,000 deluxe gatefold CD copies, a limited edition handmade box ("den") version was offered as well. *GTR-013*

I currently have one :Ruhr:Hunter: "Moss and Memory" limited edition "Den" left in stock! This item was limited to 175 hand numbered artifacts and will never be made available again!

The 10th anniversary of the "Moss and Memory" collection is quickly approaching in just a few weeks and with it, i have many wonderful memories of Rachel and I gathering the den's contents within many a woodland hike, as well as hand crafting and ritually charging items within these shared altars. So much energy, time and beautiful forest found gifts great mystery had provided the spirit to implement into these ceremonial artifacts. I just recently crafted one of the last Dens and it really hit home with much nostalgic value and the knowing of how important this artifact was and is for the many folk whom I was so very humbled and honored to share this with. Here is a pic of said recent den. 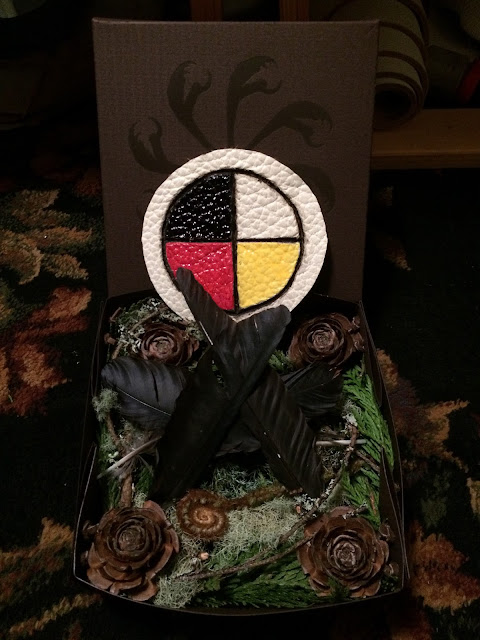 I think back to every den and just how different they all were from one another. How much I've grown personally since the initial release of this collection and how this knowing was to play a vital role towards authenticity, deepening intent and the adornment of sacred mystery.

I am reminded of how those of you whom have some of the very first crafted dens, buried under ritual soil, ash and bone. All the stories and letters I've received throughout the years, regarding personal experiences of enacting ritual by unveiling the CD artifact from its contained contents. Some were funny, some folks were confused. Yet most were quite touching and deeply humbling. I recall the incredible honor it was to learn the "Moss and Memory" collection through varied press and peers, was and perhaps still is in some circles, considered one of the most influential and important ritual soundscape collections to ever be offered. I can only ever hope that the medicine I work so very hard on within these medicinal musicals I have to offer continues to yield potency. I believe it will, as my pathwork through mystery has become deeper than ever before. With that said, I'm nearly 50% finished and diligently working hard on the 20th anniversary debut Cycle of the Raven Talons collection. Honestly, I have never felt so grounded and truly all the way alive through this musical medicine.

I want to take this moment and thank the 175 folks for partaking in this, well, ten year ritual if you will of growth and connection. Especially my life partner Rachel, without her brilliant inspiration and crafting assistance non of this would have been possible!

So, there is one left! Yes, some of you may have noticed the price was raised a bit for this one. I've had something planned big for the very last artifact for some time. It will contain items that have been with me for a long time and i hold close to heart. I look forward to sharing this one last den with you. Here are some pics from other artifacts through out the years. 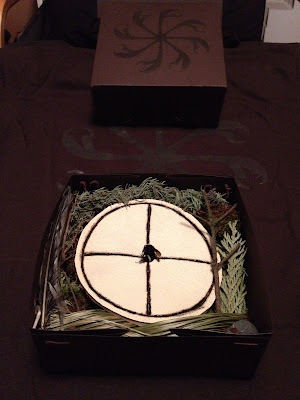 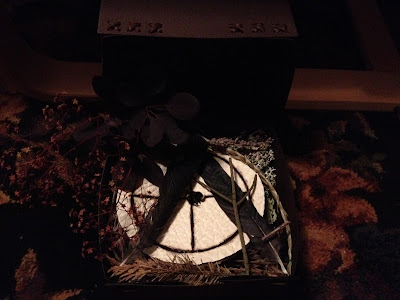 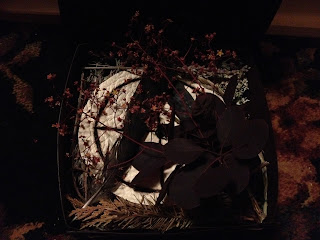 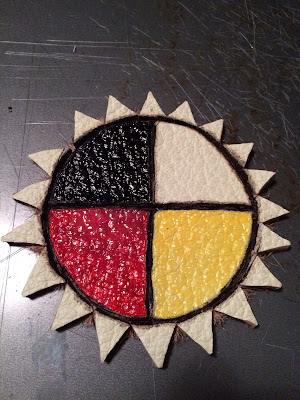 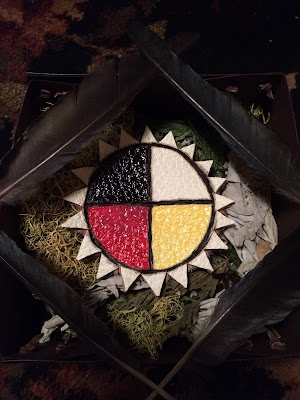 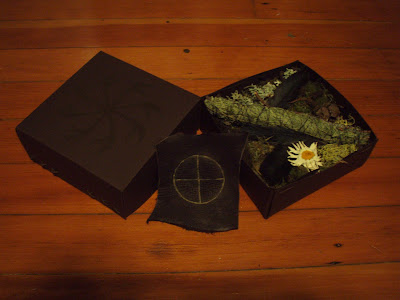