Patrick Walker will be making a rare solo appearance, performing both new material and older songs. 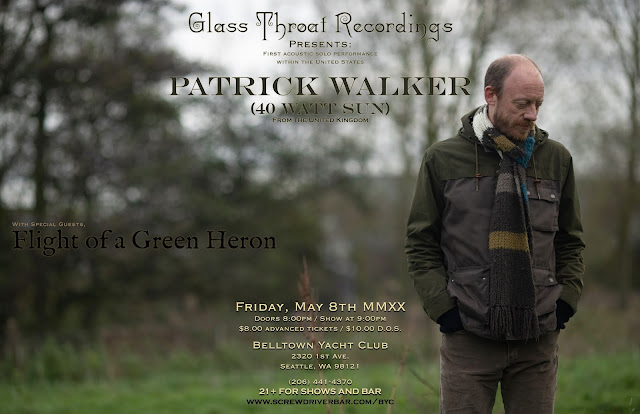 "Singer, guitarist and songwriter Patrick Walker is the founder of 40 Watt Sun from the United Kingdom, formed in early 2009 following the dissolution of his previous band, Warning, one of the most important, highly regarded and influential bands to emerge from the 1990's doom metal movement. 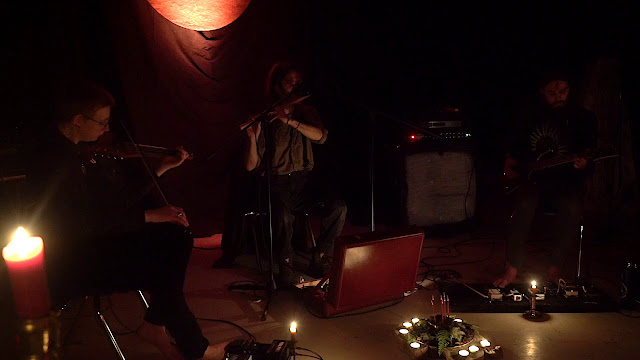 "Flight of a Green Heron is an Olympia based trio that performs immersive devotional music inspired by the lush grandeur of the Pacific Northwest. With flute, violin and guitar, Flight of a Green Heron takes the listener on a meditative journey through an expanse of emotion with hopes of generating love and compassion."
Posted by Chet W. Scott at 12:23 AM